Accidents! Who’s Paying for This?

I can’t believe it has been a month since we talked about the differences between Uninsured and Underinsured Motorist Coverage. The Spring sure has flown by! With more folks on the road, accidents are starting to be more common again. Sadly, because of the financial impacts of this pandemic, there may also be more drivers who either lack insurance or just don’t have enough. This means that your insurance coverage needs to be solid. But… even with all the coverage types, riders, and clauses, you still may find yourself wondering “who’s paying for this”, when you bump into someone else on the road.

Uninsured – Am I Paying for Everything?

As we covered last month, with Uninsured Motorist (UM) coverage you might be protected against:

This means that your insurance carrier will be on the hook to pay for those costs you incur as a result of the accident – within the guidelines of your policy, of course. Even limited coverage is preferable to the alternative. Without UM, you will most likely have to hire an attorney and go to court to try to recover your losses. Those legal fees can really add up, depending on the complexity of your case. Not to mention, there will be a stressful toll on your life as you carve out time to pursue a solution.

With Underinsured Motorist coverage, you stand a better chance of navigating the losses from your accident. You are insured. The other driver is insured – even if it is only minimally. The two policies and carriers then must figure out how they will split the liabilities.

Remember, there is first the determination of fault and responsibility.

For our example, let’s say that Roger and Mary got into an accident that totaled Mary’s car and sent her to the hospital for her injuries. Once all has been added up, the accident resulted in claims totaling $175,000. Unfortunately, Roger’s policy has a limit of $100,000, which leaves Mary to face a gap of $75,000 in unpaid losses. Thankfully, Mary added Underinsured Motorist insurance to her policy which will cover the rest. 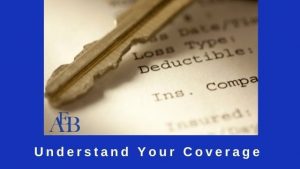 One additional thing to consider… that coverage amount will also indicate the cap of your loss recovery. If you and the Underinsured driver have the same amount of coverage, you won’t be able to recover the gap. Clear as mud, right? Let’s break that one down.

In this example, Roger and Mary are in the same accident with claims totaling $175,000. Roger’s policy still has the $100,000 limit. However, in this case, Mary’s Underinsured Motorist policy only covers up to $100,000. This means that there is nothing available to cover t

Knowing who’s paying for what can be very confusing? It can help to reach out to your insurance agent or attorney for guidance.

Have you been in an accident with someone whose coverage just wasn’t there? Contact the team at the Law Office of Adriana E Baudry to discuss the details and learn about your options. We are here to help.