What is the Electoral College?

The Electoral College: You’ve heard about it, but what is it, really?

Every four years, United States residents have the opportunity to vote their voice in the Presidential election. Last week was our moment to influence what will happen over the next four years. However, that decision is made by more than just “We the People”. The Electoral College plays a major role, but what or who is it?

Let’s start by recognizing this as a process.

Founded in 1787, when the Virginia Plan empowered Congress to elect the US President,  Electors were identified as a group of chosen individuals who vote in the presidential election instead of Congress.1 This group was put in place to ensure there would be objectivity in the voting process, as well as provide independence in the President’s role.

Consider this, the political arena is small, and all the players know/know of each other. By introducing that voting layer, the government mitigated the possibility of a vote based on familiarity and relationships.

Art Imitates Reality. This small political society is depicted well in “Hamilton” the musical, that took the world by storm. Setting these events to music was brilliant, and helped explain the proceedings and their impacts in a way that we can all understand, and even sing along with. 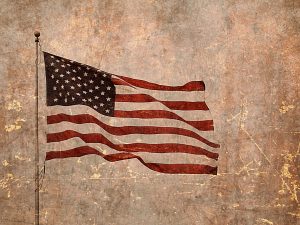 Today, the Electoral College is made up of 538 members, who account for each state representative in Congress, the House of Representatives, plus two Senators. The majority rules and will dictate the winning candidate, which is why 270 electoral votes are required to declare the President elected.

So how exactly does this connect to our votes?

Each state has its own specific guidelines for appointing the members of the Electoral College. The National Archives does a great job of explaining the process.2

We said this last month, and we continue to believe that together, we CAN and DO make a difference. No matter which position you support or which candidates you choose, you are not alone. You are a member of an amazing nation that gives us the power of influence and freedom of choice.

The team at the Law Office of Adriana E. Baudry LLC stands proudly at your side, as we continue to raise our collective voices and create a positive future for the United States.

Raise your Voice and Vote!blog_posts

All I want is… A Christmas Tree Bill?blog_posts